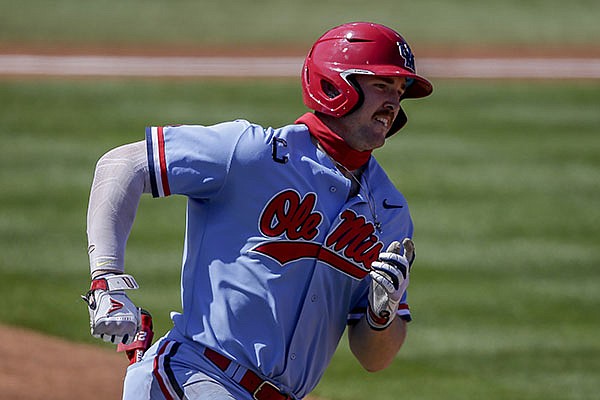 FAYETTEVILLE — Ole Miss will reportedly be without one of its star players when Arkansas comes to town for a three-game series that is scheduled to begin Friday.

First baseman Tim Elko tore his ACL during the Rebels’ game against North Alabama on Monday, according to the Clarion Ledger newspaper. Ole Miss coach Mike Bianco announced the news on his pregame radio show, according to the newspaper, but did not rule out Elko playing later this season before he undergoes surgery.

Elko is batting .340 with 9 home runs, 7 doubles and an SEC-leading 36 RBI this season. He was named the national hitter of the month for March by the National Collegiate Baseball Writers Association.

Their series opener is scheduled to begin at 6 p.m. on Friday at Swayze Field in Oxford, Miss.