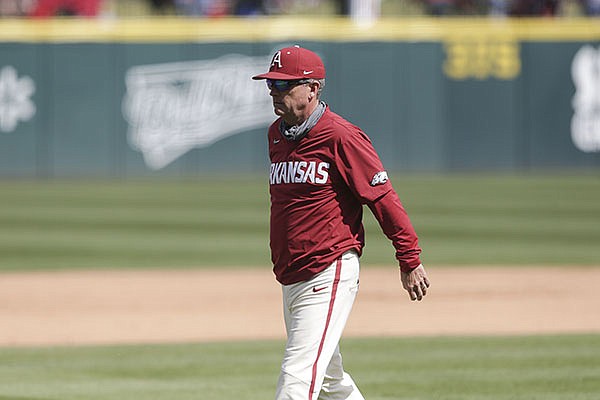 Arkansas coach Dave Van Horn walks toward the dugout during a game against Texas A&M on Sunday, April 18, 2021, in Fayetteville.

FAYETTEVILLE — The cold snap headed to Northwest Arkansas will keep the No. 1 Arkansas Razorbacks off the baseball diamond Tuesday.

University of Arkansas officials canceled today’s non-conference game against Grambling State, which was scheduled for 5 p.m. at Baum-Walker Stadium.

A cold rain is expected in the early afternoon, with temperatures dropping precipitously throughout the day in advance of overnight lows projected to be in the mid-20s.