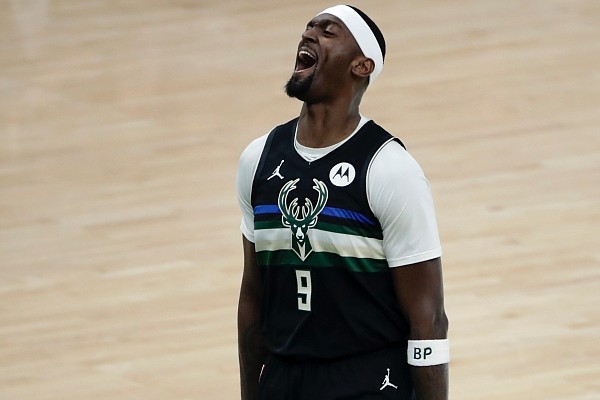 After declining his $3.8 million player option for the 2021-22 season and becoming a free agent, Portis has agreed to a two-year, $9 million deal with a second year player option, according to NBA insider Shams Charania.

“After (winning an) NBA championship, Portis’ loyalty was with Milwaukee and he cherished the organization’s culture and winning environment,” Charania tweeted. “The MIL community embraced him. Portis passed on more money in favor of the Bucks last summer — and this year he stuck with happiness and stability.”

A key bench piece for Milwaukee as it won its first NBA title in 50 years, Portis averaged 11.4 points and 7.1 rebounds over 20.8 minutes per game last season.

He had a career year in terms of efficiency, shooting 52.3% from the floor and connecting on 47.1% of his threes on 2.4 attempts per game.

In the playoffs, Portis put up 10.1 points on 45.2% shooting and 5.3 rebounds in the Eastern Conference Finals and NBA Finals after contributing just 3.0 points and 4.0 rebounds in the second round against the Brooklyn Nets, a series that saw him draw three consecutive DNPs.

He scored a series-best 16 points in Game 6 of the NBA Finals against the Phoenix Suns. It was his ninth double-digit scoring effort of the Bucks’ playoff run.