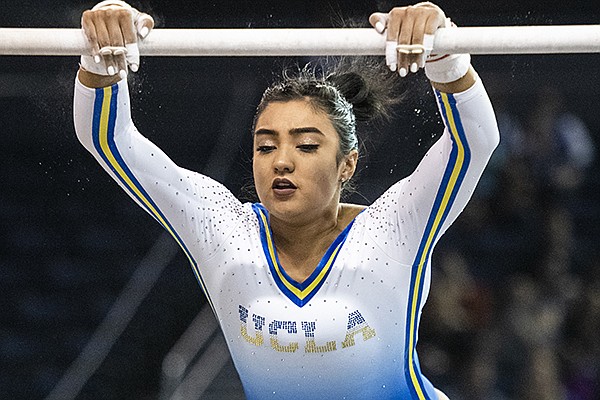 Hano, a former All-American gymnast at UCLA, had been serving as a volunteer assistant coach since the fall of 2020. She replaces Catelyn Orel, who has taken over the head coaching role at Lindenwood University.

Hano, a native of San Gabriel, Calif., will assist with the vault and floor performers and collaborate with the UA’s social media and creative content departments.

“I’m so excited to continue as part of the Razorback family,” Hano said in a statement. “I’m grateful to have been a part of last year’s record-breaking season, and I look forward to contributing more as an assistant coach.”

The Razorbacks broke the school scoring record twice last season, the last a 197.425 that came in a road victory at No. 12 Auburn.

“Felicia is more than prepared to step into this assistant position,” Wieber said in a statement. “From the first day she stepped on campus, she has embraced what it means to be a part of the Razorback family.”