Traded twice this week, Patrick Beverley not slowing down 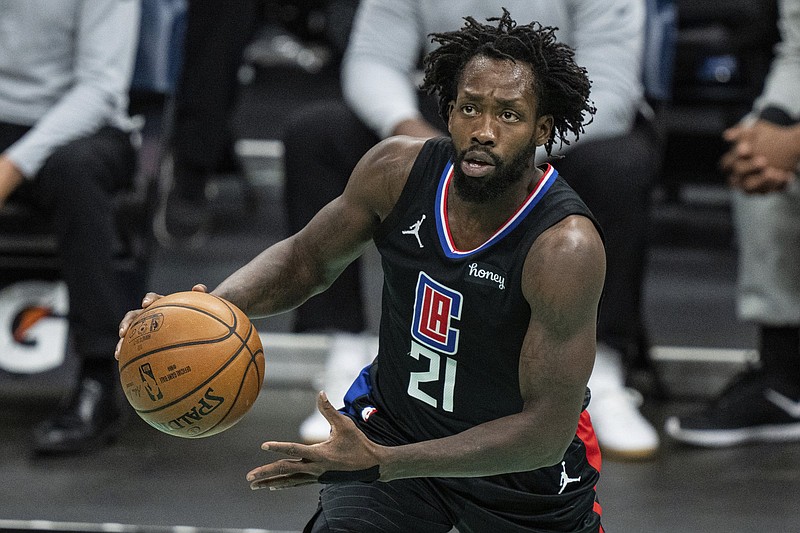 Patrick Beverley was traded twice in three days this week.

The Los Angeles Clippers send him to the Memphis Grizzlies who then traded him to the Minnesota Timberwolves.

Beverley averaged 7.5 points per game this season, his lowest since his rookie season in 2012-13.

The shadow hanging over him may not be that at 33 he is slowing down, but after the Clippers’ final game of the season he came up behind Phoenix’s Chris Paul and shoved him hard enough to knock him down. Beverley received a one-game suspension from the NBA for the upcoming season.

Ironically, Beverley was one of seven players the Houston Rockets traded to the Clippers for Paul.

Known as a fearless defender, Beverley played for the Arkansas Razorbacks for two seasons and the 6-1 guard led the team in rebounding his second season.

He was ineligible for his third season for academic reasons. Beverley said it was not because of grades but academic integrity.

Beverley spent most of the next four seasons playing overseas and teaching himself how to be a true point guard.

The Rockets signed him to a multi-year contract in 2013 and immediately assigned him to the Rio Grande Valley Vipers in the NBA Developmental League, but he was called up a week later and became the starting point guard.

In 2015 he re-signed with the Rockets for four years and $23 million, and two years later was traded to the Clippers where he later signed a three-year $40 million contract.

All of that from a guy who was the 42nd NBA pick by the Los Angeles Lakers, who then traded his draft rights to the Miami Heat, He was then cut by the Heat because he was a scoring guard, which they didn’t need.

Today is a big day in the world of Arkansas’ perspiring arts.

The Arkansas Sports Hall of Fame selection committee, chaired by Andrew Meadors, will meet and determine the list of candidates to be presented to the Hall’s Board of Directors.

Having been on this committee and even chaired it — not an easy job — I can tell you it is not a rubber-stamp process.

A lot of research and discussion goes into the candidate list, and today’s meeting will be lively and interesting.

The Board has the authority to vote changes to the list, but other than an addition or two, it usually stays intact.

After the Board finalizes the list it will be mailed to all members.

The ASHOF has an open membership, and all members get to vote and nominate candidates.

For further information on joining this statewide organization go to arksportshalloffame.com or call Executive Director Terri Johnson at (501) 313-4158.

“Where Passion Lives: The Spirit of College Football” was released this week, but two things you should understand about this book by Dean Hawthorne.

It is about die-hard college football fan Kyle McGinnis, who like millions of real people today is eager for a new football season, but his accidental death sends his spirit to purgatory, where he meets the true Spirit of College Football—none other than football legend Red Grange.

According to the author, the Galloping Ghost leads Kyle on an extraordinary adventure deep inside the world of college football. Crisscrossing the country with a spirit’s all-access pass, they explore some of the game’s greatest moments, traditions, and rivalries in a journey that mortal fans can only dream about.