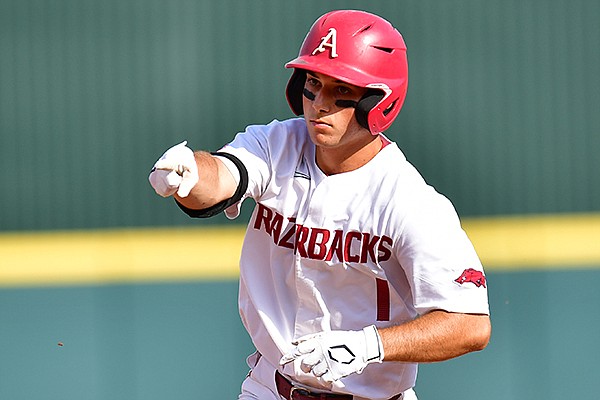 Moore, a junior, was one of multiple second basemen named to Collegiate Baseball Newspaper’s All-America second team, along with Matt Shaw of Maryland and Carter Trice of Old Dominion.

Texas Tech second baseman Jace Jung was named to the newspaper’s first team. Jung was a finalist for the the Dick Howser Trophy last season.

Moore has earned Freshman All-America honors in both of his seasons at Arkansas. He was eligible for the freshman team as a second-year player due to the NCAA restoring a year of eligibility to all players following the canceled 2020 season.

Moore has also established himself as one of the nation’s best defensive middle infielders. Baseball America rates Moore the No. 8 college prospect for the 2022 MLB Draft, and second-best prospect at his position behind Jung.