Tyson Invitational to have championship feel 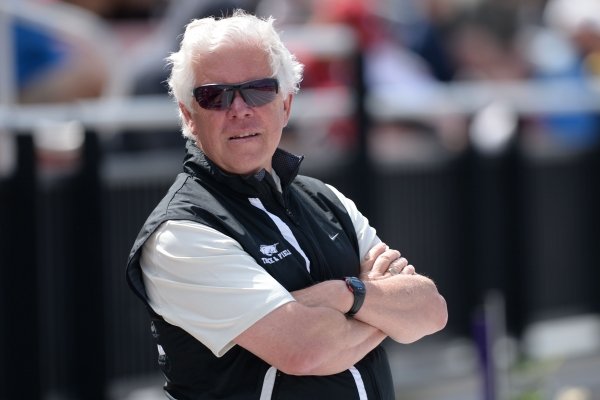 FAYETTEVILLE — The University of Arkansas track and field teams will go against several opponents this weekend they’ll compete with for SEC and NCAA championships in the coming weeks.

Eight women’s teams ranked in the top 15 of the coaches’ poll are in the Tyson Invitational field for events today and Saturday at the Randal Tyson Track Center, led by No. 1 Arkansas and No. 2 Texas A&M. Eight men’s teams are all nationally ranked in the top 14, including No. 1 Oregon, No. 2 LSU and No. 3 Arkansas.

The meet figures to be a preview for the SEC Championships on Feb. 25-27 and NCAA Championships March 11-13. Both meets also will be held at the Randal Tyson Track Center.

NOTE Fans are not allowed to attend the meet because of coronavirus safety protocols.

“We’re definitely going to have our hands full,” Arkansas women’s Coach Lance Harter said. “We look forward to the challenge. I think a lot of the marks that are going to come out of this meet will be headliners nationally.”

UA’s home facility underwent an extensive renovation this year, including a new track, and already has hosted four college and three professional meets.

“The track is fast,” Harter said. “It’s proven itself to be even better than it was in the past. I think for the men and women both, it’s going to be a great competitive environment.”

The Arkansas and Texas A&M women’s teams are competing in the same meet for the first time this season.

“We match up in a lot of running events,” Harter said. “I think that’s going to be exciting for the athletes as well as the coaches on both staffs, to see each other in action and head-to-head competition.”

This will be the final meet for the Razorbacks before the SEC Championships — where teams are limited to rosters of 27 athletes — in two weeks.

“I would have to say of the 27 competing at SEC, we probably have 24 of those picked out,” Arkansas men’s Coach Chris Bucknam said. “So there’s about 10 guys vying for three spots to be on that conference team. It’s down to the final few spots.”

“Our last piece of the puzzle we haven’t been able to put together is a distance medley relay,” Harter said. “We were ready a couple of weeks ago, but unfortunately the competition washed out.

“So we will put together another very competitive group and look forward to the challenges from the teams coming to visit.”

“We will have to be on point and dialed in to make sure we run with Texas and they run with us,” Bucknam said. “Then we can provide a good environment for those guys to hit a qualifying time.”