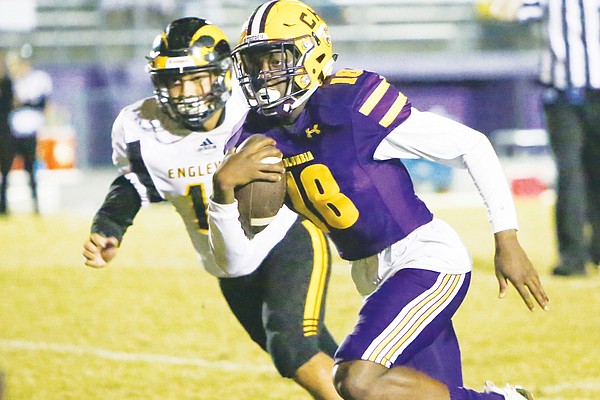 Highly regarded junior receiver Marcus Peterson narrowed his list of schools on Sunday and plans to announce a decision soon. Arkansas is a possibility.

He said the Razorbacks made the cut because of his relationship with tight ends coach Jon Cooper and former receivers coach Justin Stepp and Arkansas Coach Sam Pittman.

Stepp leaving to go back home to coach at South Carolina is something Peterson is weighing.

“I still like Arkansas, but yeah it could change,” he said of his interest in the Razorbacks. “Still have a good relationship with the other coaches, though.”

Peterson recorded 4 tackles and an interception.

He spoke of his thoughts on Pittman and Cooper.

“They are just cool, down-to-earth people,” Peterson said. “You can tell the players love to play for them.”

Peterson wrote on Twitter that his college decision will be coming soon.

“Don’t want to put a solid date on it, but definitely going to make a decision soon,” Peterson said.