Tennessee extends contracts for 9, including Vitello 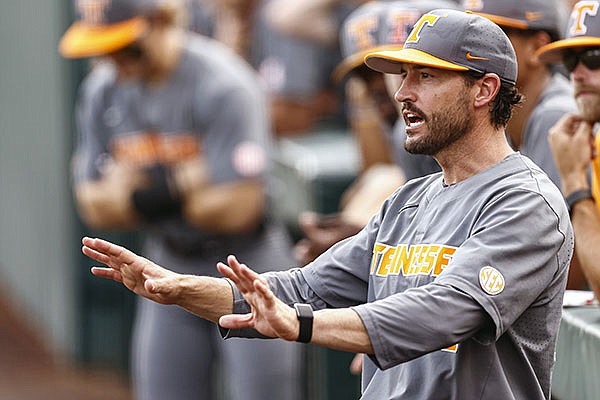 KNOXVILLE, Tenn. — Tennessee has extended the contracts of nine coaches, including Tony Vitello, who took the Volunteers to their first College World Series in 16 years.

Athletic director Danny White said Tuesday he wanted to acknowledge he inherited an impressive roster of coaches when he was hired in January.

“That’s a credit to those who came before me," White said. “Extending contracts for successful coaches is one indicator of a healthy athletics program, and we plan on continuing to be aggressive with extensions and rewarding success moving forward.”

D1Baseball reported Vitello's contract was worth $1.5 million per year.

Basketball coaches Rick Barnes and Kellie Harper both got two years added to their contracts with extensions through the 2025-26 seasons. Barnes just signed the No. 3 recruiting class in the country, while Harper became the second women's coach to take four different programs to the NCAA Tournament.