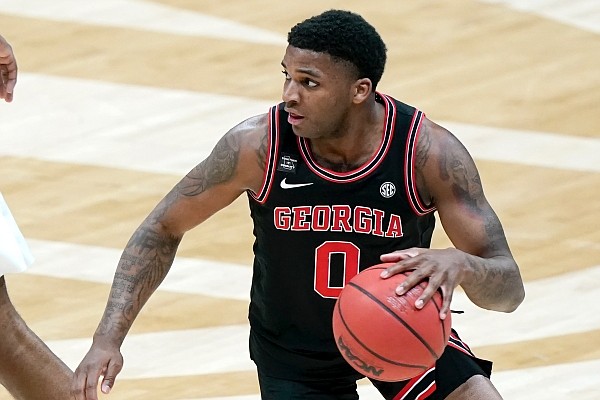 Johnson, who averaged 13.5 points and 1.9 steals per game as a freshman at Georgia last season, will be eligible immediately and have four years remaining. The 6-foot-1, 190-pounder played in 16 games last season after being declared eligible before the Auburn game.

"Three or four years ago, Auburn may have been one of the first schools to offer K.D., and I fell in love with him because he had such a strong personality on the basketball court, he was tough, he was aggressive and he was not afraid," Pearl said. "After last season, and with us having this enormous transition of our backcourt, we were really excited about the possibility of working together.

"I think he will excel offensively and defensively with what we do."

The Atlanta native shot 42% from the floor, including 39% from 3-point range, last season.

Johnson scored 21 points against Auburn in his college debut on Jan. 13, adding seven rebounds, four steals, two assists and two blocks. He was rated the No. 97 overall recruit out of high school according to the 247 Sports composite rankings.