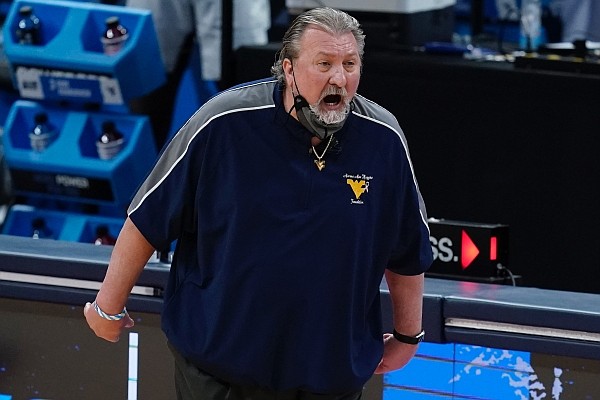 FAYETTEVILLE — Arkansas basketball’s matchup in the upcoming Big 12/SEC Challenge is an intriguing one.

The Razorbacks are scheduled to play West Virginia at Bud Walton Arena on Jan. 29, 2022, the SEC announced Wednesday.

The programs have met only once, in November 2006 in the championship game of the Old Spice Classic in Orlando, Fla. Arkansas won the game 71-64.

In his illustrious 40-year career, Huggins is 2-1 against Arkansas, each game coming during his tenure at Cincinnati. The Razorbacks defeated the Bearcats 84-75 at the Rainbow Classic in Honolulu in December 1994, lost 82-67 at Bud Walton Arena in December 1995 and lost 92-57 at Cincinnati in January 1997.

The game will also mark the return of former Razorback Gabe Osabuohien, who was dismissed from the program by Arkansas coach Eric Musselman in August 2019. A native of Toronto, Osabuohien played in 54 games with the Razorbacks, starting eight during the 2018-19 season.

Since transferring to West Virginia, Osabuohien has averaged 2.4 points on 35.5% shooting, 4.3 rebounds and 1.3 steals per game over two seasons.

Each of the 10 SEC teams participating in the 2022 Big 12/SEC Challenge will take part in the event in 2023, according to a release.

Other games in the challenge next year are scheduled to include Baylor at Alabama; Oklahoma at Auburn; Oklahoma State at Florida; Kentucky at Kansas; LSU at TCU; Kansas State at Ole Miss; Mississippi State at Texas Tech; Missouri at Iowa State; and Tennessee at Texas.