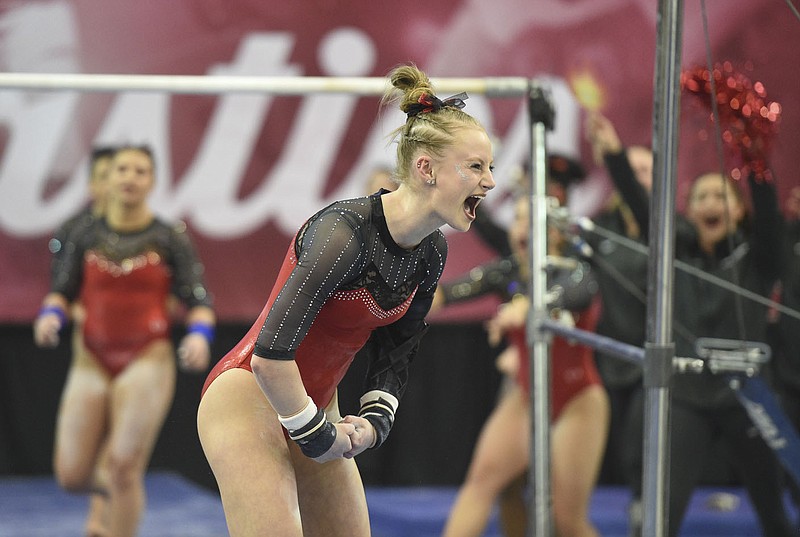 Needing a clean balance beam routine to polish off tight road meet at No. 12 Auburn on Friday night, the No. 8 University of Arkansas GymBacks delivered in a big way.

The Razorbacks posted a school-record score for the second time this season and improved to 2-2 in road meets with a 197.425 to 197.125 win at Auburn Arena.

Razorback sophomore Bailey Lovett was nearly flawless at 9.95 to win the beam, then junior Kennedy Hambrick, who won the all-around with her second sizzling 39.7 of the season, nailed it down with 9.9 in the anchor position.

Hambrick, who also claimed the vault title with a 9.95, edged out Auburn’s Cassie Stevens (39.225) for the all-around crown.

Paced by 9.925s from Hambrick and Jensen Scalzo, the Razorbacks came out swinging with a strong 49.425 on the uneven bars to take an early lead they would not relinquish.

The Razorbacks evened their all-time record against Auburn (1-7) at 19-19.

The Razorbacks, hitting program records under second-year Coach Jordyn Wieber, have an open date next weekend before the SEC meet on March 20 in Huntsville, Ala.