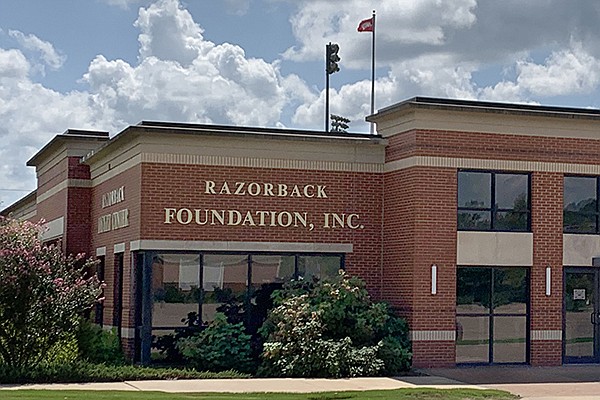 The exterior of the Razorback Foundation office is shown Saturday, Sept. 5, 2020, in Fayetteville.

U.S. District Judge P.K. Holmes III has ruled against a motion from former University of Arkansas coach Bret Bielema and his agent Neil Cornrich asking for sanctions against the legal team representing the Razorback Foundation in the ongoing legal dispute between the parties.

Holmes denied the motion asking for penalties based on the Federal Rule of Civil Procedure 11 (Rule 11) based on language in the Razorback Foundation’s countersuit against Bielema and Cornrich.

The motion for sanctions was filed in November. Attorneys for Bielema argued the Razorback Foundation’s counterclaims against Bielema and Cornrich were “false and injurious allegations of a conspiracy to defraud.”

Holmes wrote in his Tuesday ruling, “while the allegations do not warrant sanctions, the duty of reasonable investigation continues through discovery, and Rule 11 applies not only when pleadings are presented to the Court, but when a party later advocates for them.”

The jury trial for the lawsuit is scheduled for January 2022.

The foundation argued Bielema had breached the terms of the final buyout agreement, and that he and Cornrich had conspired to keep Bielema’s wages below the threshold that would have lessened the foundation’s buyout obligation.