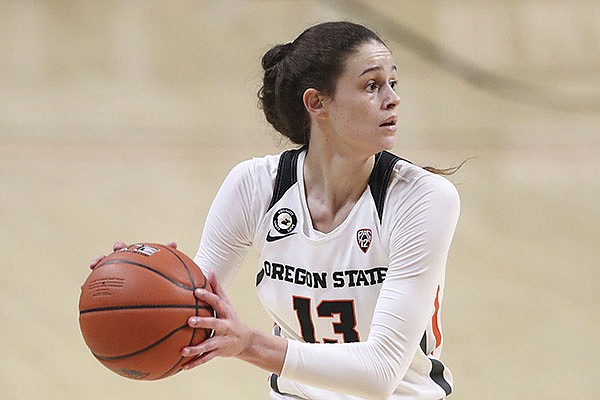 Former Fayetteville guard Sasha Goforth announced on Twitter her plans to enter the NCAA transfer portal and play closer to home after spending a year at Oregon State.

Goforth, 6-0, narrowed her list of more than 30 offers to Arkansas, Oregon State and Texas A&M before signing with the Beavers in 2020.

She started all 20 games as a freshman at Oregon State and averaged 11.6 points and 3.6 rebounds. She played just shy of 30 minutes per game.

A McDonald’s All-American as a high school senior, Goforth led Fayetteville to state championships in 2017 and 2020, and earned state tournament MVP honors both years.

Goforth was the Arkansas Gatorade Player of the Year as a junior.