Carson leaves ranch behind for new start in Arkansas 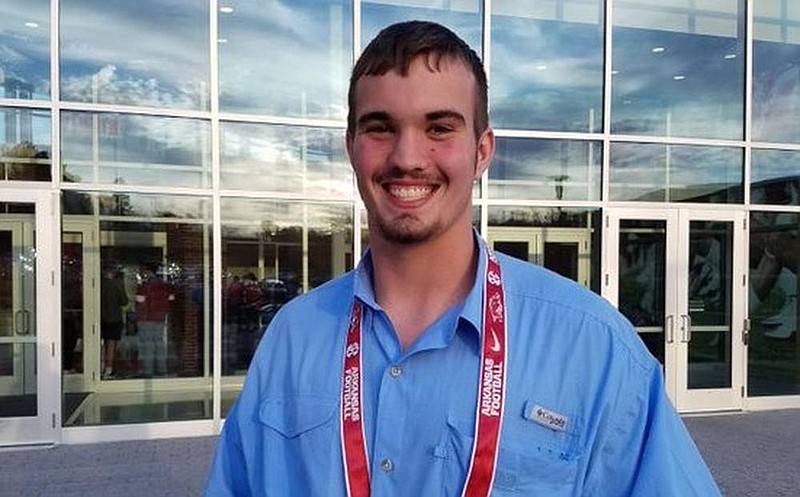 For many of Arkansas football's 11 freshmen summer arrivals, leaving home for college this week is both exciting and bittersweet.

“We will be heading that way on the 22nd and spending the night in Fort Smith and then we'll be up there as early as we can on the 23rd," he said. "I can’t wait.”

Carson is not only leaving home but also a 400-acre ranch that he co-owns with his grandfather, Sonny Belcher.

“My family is sad, of course, but they are ready for me to go off and do my own deal and be on my own, start my college work and enjoy a new experience,” Carson said. “I think it is going to be a great time.

“As for the ranch, we have been working around the ranch and fixing things up so it will be easier on him when I am gone, but he’ll be alright. He’s been doing it all his life and he is ready to see me go off and play some football and get started on my career.”

He committed to the Razorbacks on April 21, 2020, and, at the time, was the class' fourth pledge.

“It is going to be amazing,” Carson said. “I am ready to get up there and let them start to mold me into the best offensive lineman I can be. I am ready to start practicing and hopefully be able to be on the travel roster.

“I think it will be awesome to be up there and be around everybody and start learning everything.”

He plans to major in agricultural education communication.

Unlike several of his fellow signees who never got to see Arkansas’ campus due to covid-19 concerns, Carson was able to make it to Fayetteville twice.

“The last time I got to visit with coaches in person on campus was my Junior Day visit (March 7, 2020), but I did come up there on an academic tour not too long ago – two or three months ago,” Carson said. “I got to show my grandparents around and let them look at campus.”

Carson, who has put on 20 pounds of muscle since his season ended, believes Arkansas' program is on the rise.

“I was happy to get to see them win some games this year and they probably won more than they did,” Carson said. “We all know what happen (at Auburn).

“I think it is going to be amazing and keep going up from where it is now, and we are going to make the state of Arkansas proud.”