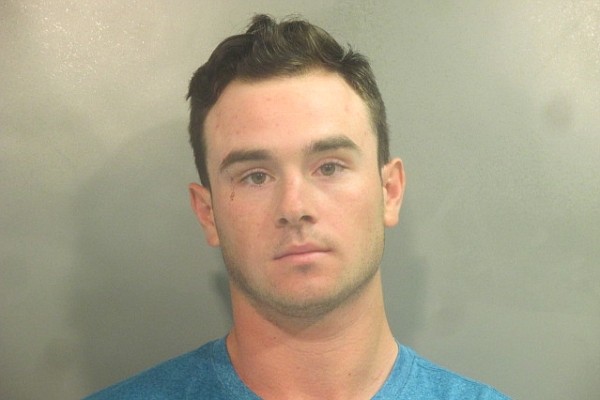 FAYETTEVILLE - A University of Arkansas baseball player was arrested Sunday morning in connection with public intoxication.

Braydon Ray Webb, an outfielder, was arrested just after 2:16 a.m. on Sunday at the intersection of Dickson Street and West Avenue, according to an arrest report from the Fayetteville Police Department.

According to the report, Yancey struck Webb which caused him to fall. The report states that Yancey held Webb from behind while he attempted to hit Yancey with his elbows. When officers arrived on the scene, they noted Webb had bloodshot eyes, slurred speech and blood on the right side of his face.

"We are aware of the incident involving Braydon Webb and are gathering information from the proper authorities," Arkansas coach Dave Van Horn said. "We will make a determination regarding his status once we have reviewed all of the information."

Webb was released from the Washington County detention center just after 8:30 a.m. with a $200 bond.

Webb has largely split time in left field with Zack Gregory this season. He played in two of Arkansas' three games against Florida in Fayetteville this weekend.