Hogs to return to Barnhill Arena for Red-White game 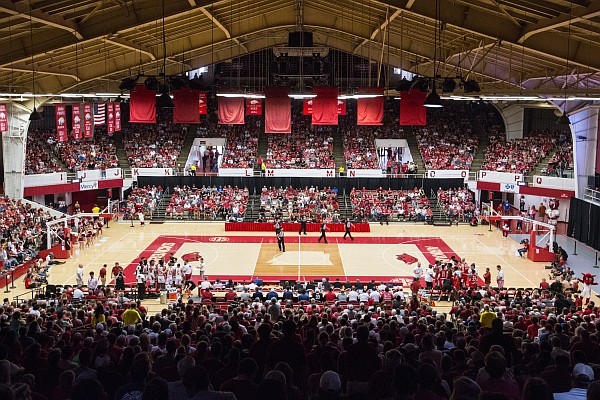 FAYETTEVILLE — The Arkansas men’s basketball team will return to Barnhill Arena for its annual Red-White game later this month.

The Razorbacks will play the intrasquad scrimmage at 2 p.m. on Sunday, Oct. 17, according to a news release. The game is free to the public and doors will open one hour prior to tipoff.

This year’s Red-White game will be the second in three seasons to be played in the program’s former home arena of 36 years.

The Razorbacks enter the 2021-22 season with lofty expectations following a 25-win campaign and a run to the Elite Eight of the NCAA Tournament. Arkansas is expected to be comfortably inside many preseason top-25 polls when they are released.

The Razorbacks are scheduled to open the season Tuesday, Nov. 9 against Mercer in Bud Walton Arena. No preseason exhibition games have been announced.