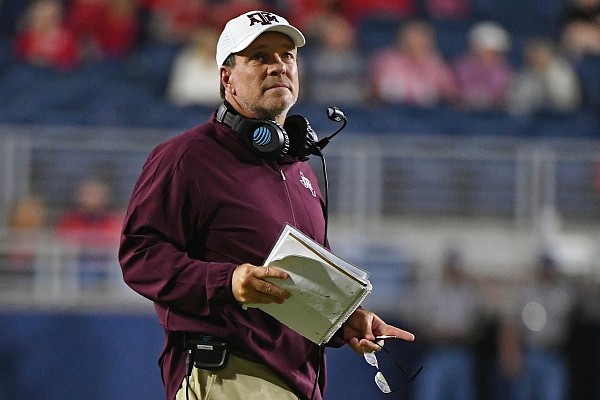 Texas A&M’s board of regents voted Wednesday to extend coach Jimbo Fisher’s contract through the 2031 season and give him a significant raise.

“The investment Texas A&M University is making in our program, coaching staff, and facilities speaks to the vision of our leadership and their commitment to long-term success... it is an honor to be the head football coach at Texas A&M, and although I am proud of the strides we’ve made, we ain’t done yet,” Fisher said in a statement.

In his third year with the Aggies last season, Fisher led them to a 9-1 record with the only loss coming to national champion Alabama in the second game of the season. Some believed they should have been among the four teams in the College Football Playoffs, but they were left out in favor of Notre Dame.

They went to the Orange Bowl instead, beating North Carolina 41-27 to finish the season ranked No. 4 for their highest final ranking since finishing fifth in Johnny Manziel’s Heisman Trophy-winning season in 2012.

Fisher spent eight seasons at Florida State before joining the Aggies, winning a national title in 2013. Texas A&M hired him with the goal of winning its first national championship since 1939 and the team has gone 26-10 in his tenure.

“Coach Fisher continues to demonstrate he is building our program for long-term success and he is a perfect fit for Texas A&M,” athletic director Ross Bjork said. “Providing the appropriate amount of stability and continuity during this important time is critical as we support our football program at the highest level."