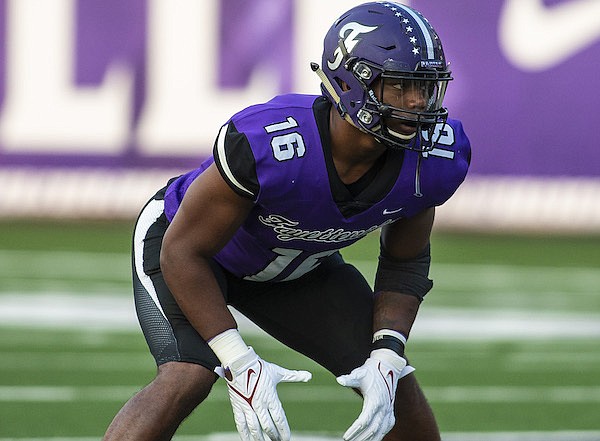 Fayetteville linebacker Mani Powell is shown during a game against North Little Rock on Friday, Sept. 10, 2021, in Fayetteville.

Powell had 10 tackles, including a tackle for loss, and broke up a pass.

Powell, 6-2, 230 pounds, moved to Arkansas from Canton (Ohio) McKinley in August, shortly after committing to play for the Razorbacks.

Powell had 81 tackles, 14 tackles for loss, 4 sacks, 2 forced fumbles and 7 quarterback pressures as a junior. He was named to the first team of the Division I All-Ohio football team by The Ohio Prep Sportswriters Association.