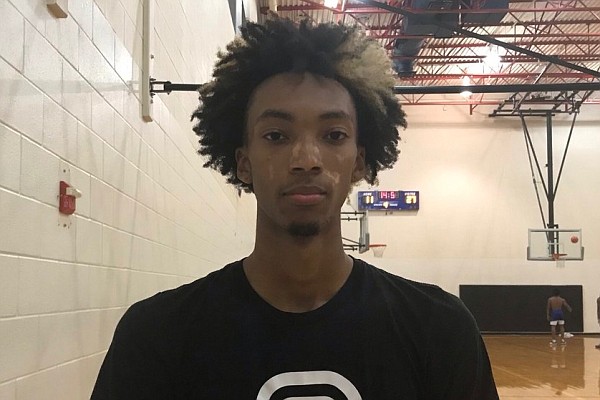 “It’s every day. A daily basis,” Barnes said. “They really love me.”

Despite not having an offer from Arkansas, Barnes knows Eric Musselman and his staff value him because of the amount of contact.

“It means a lot because I know eventually I’ll get the offer and I know they trust and love me,” Barnes said.

Barnes, who played for the 16-under Team Trae Young during the summer, likes Arkansas’ position-less style of play.

“They do a lot of stuff like 5-out, a lot of motion stuff,” Barnes said.

ESPN also rates him the No. 9 power forward in the nation and No. 9 overall recruit in Texas from the 2023 class. He said he hears from Arkansas assistant Clay Moser the most.

“Coach Mo really texts me a lot,” Barnes said. “He’s like a high-energy guy. I always get good vibes and energy from him.”

Moser, who was with the Los Angeles Lakers from 2011-19, shared a Kobe Bryant story with Barnes during a recent Zoom call.

“It’s crazy because he was right there and when Kobe was going through all of that,” said Barnes, who stated he definitely plans to visit Arkansas.