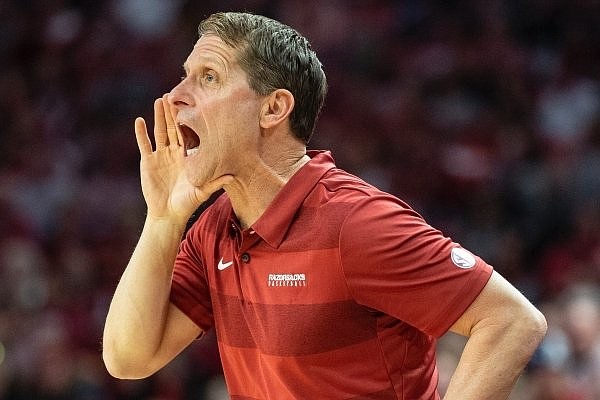 FAYETTEVILLE — A game time has been set for Arkansas basketball’s matchup in the upcoming season’s Big 12/SEC Challenge.

The Razorbacks will tip off against visiting West Virginia at 1 p.m. on Jan. 29, 2022, according to a release. The game will air on either ESPN or ESPN2.

The programs have previously met once, in November 2006 in the championship game of the Old Spice Classic in Orlando, Fla. Arkansas won the game 71-64.

The meeting will mark the return of former Arkansas forward Gabe Osabuohien, who was dismissed from the program by coach Eric Musselman in August 2019. A native of Toronto, Osabuohien played in 54 games with the Razorbacks, starting eight during the 2018-19 season.

Since transferring to West Virginia, Osabuohien has averaged 2.4 points on 35.5% shooting, 4.3 rebounds and 1.3 steals per game over two seasons.

Arkansas has been part of the inter-conference challenge eight times, alternating home and away games each season.