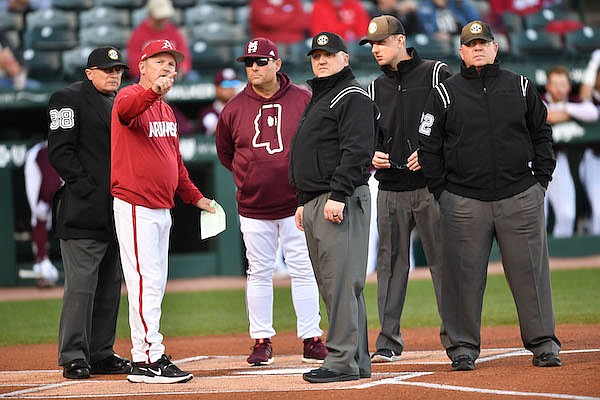 WHERE Baum-Walker Stadium (11,531) in Fayetteville

TELEVISION The game will be streamed by SEC Network-Plus and can be accessed on WatchESPN.com and via the ESPN app (carrier login required).

FORECAST According to the National Weather Service, Saturday night will be clear with a high of 66 degrees and a low of 39 in Fayetteville.

wholehogsports · ⚾️ Baseball: Arkansas ranked No. 2 with room for improvement