Gym'Backs fail to qualify in Oklahoma 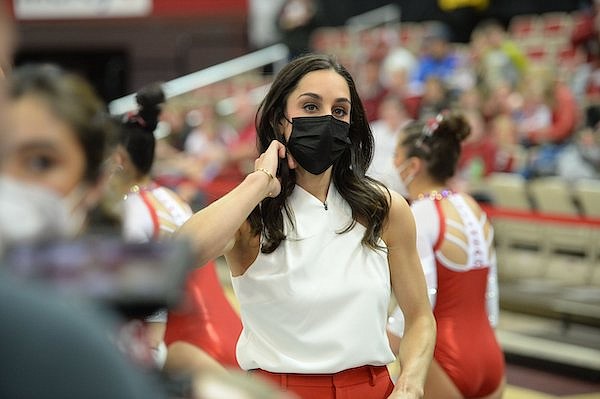 The No. 18 Arkansas gymnastics team was in contention at the halfway point, but had to count a couple of sub-par scores on the vault and failed to qualify for the NCAA Championships on Saturday at the NCAA Norman (Okla.) Regional finals.

The University of Arkansas scored a 196.675, lower by 0.3 than its score in Thursday’s semifinal, and placed fourth behind No. 1 Oklahoma, which powered to a 198.25 to claim the regional championship.

Oklahoma and Minnesota advanced to the NCAA Championships in two weeks at Fort Worth along with the top two finishers from five other regionals.

O’Hara tied for second on the uneven bars with a 9.9 behind event winner Danielle Sievers of Oklahoma, who scored 9.925. Lovett scored a 9.925 in the anchor position on the floor exercise to tie for fifth behind Minnesota’s Mya Hooten (9.975) and a trio of gymnasts at 9.95.

Arkansas freshman Leah Smith, who injured an ankle on the floor exercise Thursday, competed only on the final event, scoring a 9.8 on the uneven bars.

The other event winners were Oklahoma’s Olivia Trautman on the vault (9.975) and Oklahoma’s Ragan Smith on the floor (9.975).

The Razorbacks, an eight-time competitor at the NCAA Championships with a top finish of fifth in 2009, last qualified in 2018. They have competed in regional finals each of the past two seasons under third-year Coach Jordyn Wieber.