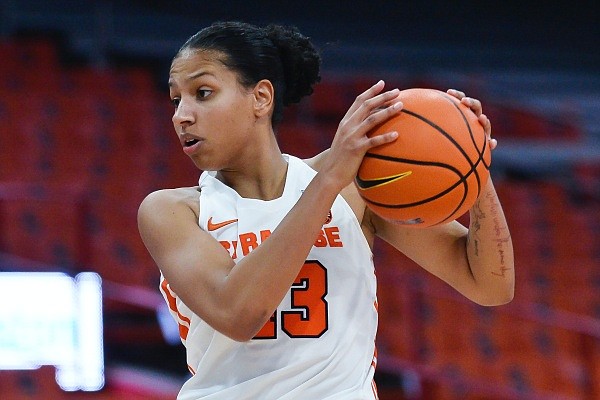 She took an official visit to Arkansas on Wednesday and Thursday. She also visited Virginia Tech and Florida, and canceled a trip to Colorado.

Carr attended Manhattan (Kan.) High School and was a 2018 Kansas Gatorade Player of the Year finalist before signing with Kansas State. She played three seasons for the Wildcats.

She averaged 11.3 points and 3.4 rebounds during her Kansas State career. Neighbors' wife, Jayci Stone, was an assistant for the Wildcats during Carr’s freshman season.

Carr’s father, Chris, played six seasons in the NBA and was the runner-up to Kobe Bryant in the 1997 Slam Dunk Contest.

Carr is the only transfer to visit Neighbors and the Razorbacks this spring. Neighbors is not expected to pursue other transfers.

With the addition of Carr, the Razorbacks have 12 scholarship players on the roster for 2022-23 season. The NCAA maximum is 15.