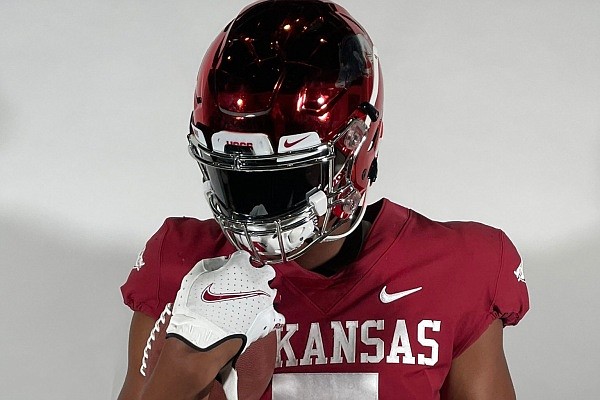 “I had a great time on my visit,” Nwaneri said. “The coaching staff was great and I enjoyed touring the facilities.”

Nwaneri and Mozee, who has more than 10 offers, including one from Arkansas, spent time in Pittman’s office, which impressed both.

“(What stood out was) definitely the talk me and Isaiah had with Coach Pittman in his office,” said Nwaneri, who plans to attend a Razorbacks game in the fall. “What he was saying felt real and not like he was just trying to sell us something.”

He also enjoyed his time with defensive coordinator Barry Odom.

“He seemed real and was straightforward,” Nwaneri said.

“It gave me a feeling for what it would be like to maybe someday be a Razorback, especially with watching practice and seeing how the staff coaches," he said.