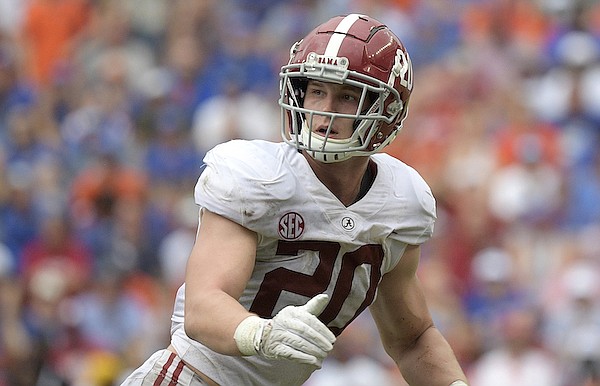 Sanders, 6-5, 244 pounds, entered the NCAA transfer portal Tuesday, one day after the Crimson Tide lost to Georgia in the championship game of the College Football Playoff. He started three games in two seasons and had 33 tackles, 2.5 tackles for loss and 1 sack.

ESPN rated him a 4-star prospect, the No. 4 athlete and No. 36 overall prospect in the nation in the 2020 class. He was selected to the Under Armour All-American game.

Sanders' best game at Alabama came in a 31-29 victory over Florida in September 2021 when he recorded 6 tackles, 1 tackle for loss and 1 quarterback hurry.