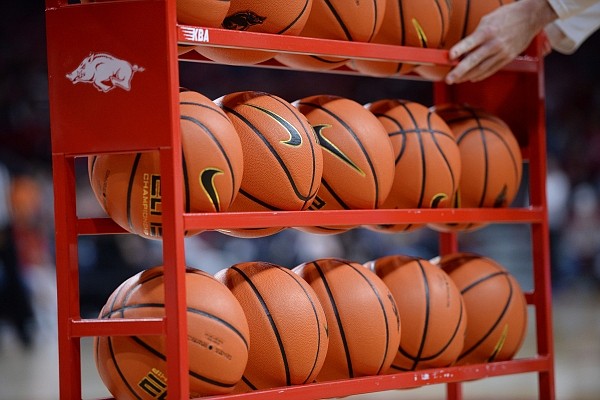 A rack of basketballs is shown during a game between Arkansas and Gardner-Webb on Saturday, Nov. 13, 2021 in Bud Walton Arena in Fayetteville.

The field is set for the 2023 Battle 4 Atlantis in The Bahamas, according to a report.

Arkansas’ involvement in the Battle 4 Atlantis was discovered by WholeHogSports in May through a Freedom of Information Act Request. Neither the Razorbacks nor the event have officially announced Arkansas’ participation.

The Razorbacks have never competed in the event or in The Bahamas. Six teams – North Carolina, Villanova, Michigan, Oklahoma, Northern Iowa, Stanford – will be third-time participants in the tournament, which began in 2011.

The Battle 4 Atlantis is a prominent early-season event in college basketball. Arkansas is scheduled to play in another top event, the Maui Invitational, later this year.

Arkansas’ record vs. each team