4-star cornerback has an amazing visit 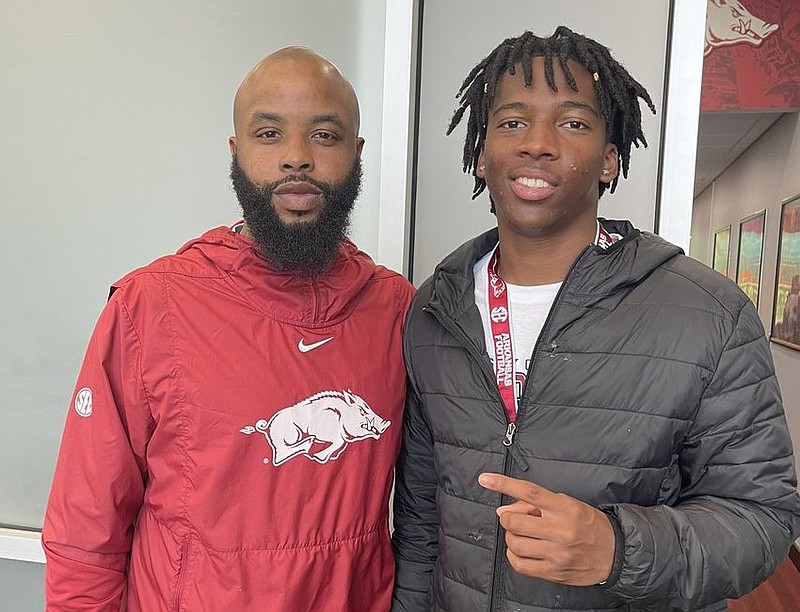 "The visit has been amazing,” he said. “I was able to see the inside of Arkansas, like the people. We went to the Catfish Hole and it was amazing. I had fun. I was able to hang out with the players and everybody here is cool.

”They seem to be bringing some great stuff in and trying to build, and it's amazing."

He will officially visit LSU and Utah this week and then start to sort through his options.

"I'm really trying to look at all my visits and compare them all together, because I'm doing them all back-to-back-to-back. It's going to be easier to compare,” Hughes said.

This weekend’s visit was his third to Fayetteville. He attended an Arkansas camp last year in June, and he and his mother, Nikki, returned in April for a three-day visit.

"She loved it. She was having so much fun,” Hughes said of his mother. “She loved all the coaches. It was a good experience for her.”

ESPN rates Hughes as a 4-star prospect and the No. 4 recruit in Nevada in the 2023 class. Hughes was impressed with the Razorbacks’ coaches.

"They were amazing. They were good to talk to,” he said. “Great coaches. They know what they're talking about. They're definitely going to build something in the future."

Hughes, who was born in Pine Bluff, has several family members in Arkansas who root for the Razorbacks.

"They just want me to do what's best for me and make the right decision,” said Hughes, who was hosted by Pine Bluff native and Arkansas safety Simeon Blair.

He gave a timeline for his college decision.