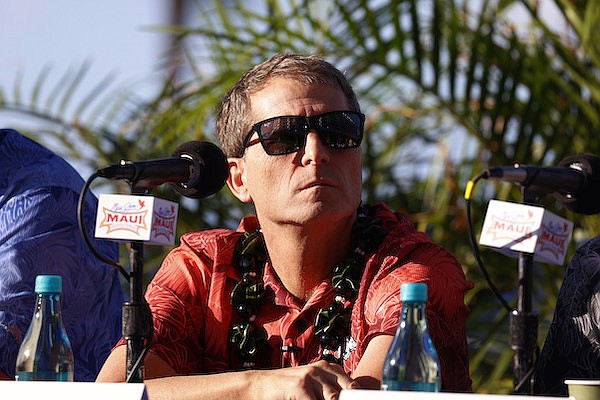 FAYETTEVILLE — Louisville’s basketball team is still looking for its first victory for new Coach Kenny Payne going into the Cardinals’ game against the No. 9 Arkansas Razorbacks today at the Maui Invitational.

More from WholeHogSports: How to watch, listen to Arkansas vs. Louisville

“I’ve told our team Louisville is going to put a streak together and they’re going to play an A-plus game some time here in the near future,” University of Arkansas Coach Eric Musselman said. “I can guarantee you that.

“A team that’s struggling, they’re going to come out with a lot of fire,” Arkansas freshman guard Anthony Black said. “So we’ve got to be ready for them to come with their hardest, best punch they have.

“We have to disregard their record and respect our opponent and come up with a good game plan.”

“They’re a totally different team from the teams we’ve been playing besides Texas,” Razorbacks senior guard Davonte Davis said of the Cardinals. “They’re kind of like the style with Texas where they’ve got a lot of guys that are athletic and can make plays for each other and themselves.”

“So forget [Louisville’s] record,” Davis said. “It’s a team that wouldn’t be in this tournament if there was something wrong.”

Payne, a player on Louisville’s 1986 national championship team, was a Kentucky assistant when he coached the Wildcats to a 73-66 victory at Arkansas in 2020 after Coach John Calipari was ejected.

The previous two seasons Payne was an NBA assistant with the New York Knicks.

“I don’t even care about the record, and I know that sounds strange,” Payne said when he met with the media in Louisville before the Cardinals traveled to Maui. “Do I believe that we’re losers? No. In no way, shape, form or fashion. Do I believe that we have stuff to learn? Yes I do.

“I’m trying to build a culture, and I know at times you look at it and you say, ‘It doesn’t look like it.’ … But I am in no way discouraged.

“I’m getting phone calls every day — ‘Are you OK? Are you losing your mind?’

“Not at all. As a matter of fact, I feel more encouraged. Because I see kids trying, and I hate to say it like this, but there are teams that played Louisville last year that are saying, ‘Kenny, we’re seeing something now we didn’t see before. We’re seeing them fight. We’re seeing them hanging in there.’ ”

A potential game-winning basket by Louisville senior guard El Ellis was ruled to have been just after the final buzzer against Appalachian State.

Bellarmine didn’t score the last 4:40 against the Cardinals, who finished the game on an 11-0 run.

“We need some luck,” Payne said. “We need a break, and when you get that and earn a win, there’s a confidence that comes with that.”

Ellis is averaging 24.0 points and led Louisville with 29 in each of the last two games.

“We’re going to need to have really good transition defense. We’re going to have to not turn the ball over against some players that are pretty active defensively for sure.”

Including Louisville’s 51-50 loss to Virginia in last season’s ACC Tournament, the Cardinals are the first team to lose four consecutive one-point games since Stetson during the 1981-82 season, according to a Louisville news release.

“It’s difficult to lose all these games in a row by one point, knowing we’re so close,” Ellis said. “We just have to come out ready to play at the beginning.

“I can tell right now we’re a second-half team. But we’ve got to be able to compete for 40 minutes. That’s our main issue.”

“They have great size up front,” Musselman said. “There’s not a lot of paint points available with the way that they defend the rim.”

The Razorbacks’ game on Wednesday will be against an opponent from the other side of the bracket, which includes No. 14 Arizona, No. 17 San Diego State, Cincinnati and Ohio State.

“Look, the bottom line is we have three really tough games coming up against long, athletic teams,” Musselman said.

Dave Odom, the former coach at Wake Forest and South Carolina, is tournament committee chairman for the Maui Invitational.

”Dave Odom called me and he said, ‘Hey, I’m just saying Coach that somebody’s coming back 0-3 that’s really good,’ ” Musselman said. “That’s a true statement, because somebody is.

“So we’ve got to try to go focus and win our first game and then see what happens from there.”

Arkansas again could be playing without freshman guard Nick Smith — who missed the first three games because of a knee injury — but Black said he feels good about the team’s ability to play three consecutive days at a high level.

“In a tournament like this, we’re all going to have to come in and contribute.”

Davis said the Razorbacks learned from playing at Texas.

“The loss to Texas helped us out thinking we can’t just come out and think somebody is going to hand us a win, because it’s not going to happen,” Davis said. “Just play our game. Play hard on defense and the offense will take care of itself.”

Black said he expects the Razorbacks to accept the challenge the opposing teams in Maui will present.

“I think we’ll be good to play in that environment because we’ve got a lot of gamers,” Black said. “ I think playing in an environment like that will probably elevate us.”

“If you grew up watching college basketball, you know what the Maui Invitational is about,” James said. “I’ve watched a whole lot of the games in this tournament and seen a lot of big-time players. For me and my team to be playing there is a dream come true.

“I think we’re ready. It’s a really good field, and we’ve got a chance to surprise some people and start to turn our season around.”