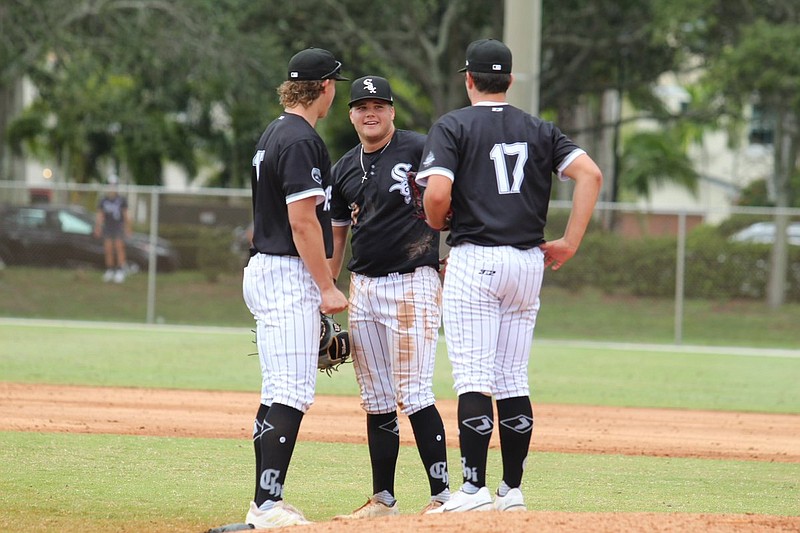 Waid, 6-1 and 215 pounds of Texarkana, had a score of 55.66 during the 4-day event that featured 88 of the top travel teams in the nation. The second-leading offensive performer was North Carolina commitment Gavin Gallaher, who had a score of 48.95.

“What Ty did was one of the more impressive things because he had to do a lot of it with breaking balls,” Sticks coach Chase Brewster said. “He was hitting in the two and three hole for one of the better teams in the event and he had one of the top players in the country behind him (2024 Arkansas target) Kale Fountain.

“He got fastballs early when he needed them and he hit them hard, and later in the event when they were mixing off speed because he had been so successful, he hit those, too. He also worked more than a few walks and let Kale kind of do damage behind him. He really had a complete performance over the seven games.”

Waid led the Sticks to a 5-2 record while defeating two final eight teams of the event, The San Diego Show and Rawlings National Scout.

Class of 2024 Arkansas outfielder commitment Brenton Clark, 6-2 and 178, of Pleasant Grove, Texas, was two of three at the plate in a win against the Midland Redskins. Sophomore right-handed Arkansas pitcher commitment Mark Brissey, 6-3 and 210 of Batesville, got the win.

The last two victories in the event were against Massachusetts-based Northeast Baseball and Sandlot Baseball of Tulsa.

Arkansas coaches, along with hundreds of other college coaches, were on hand.