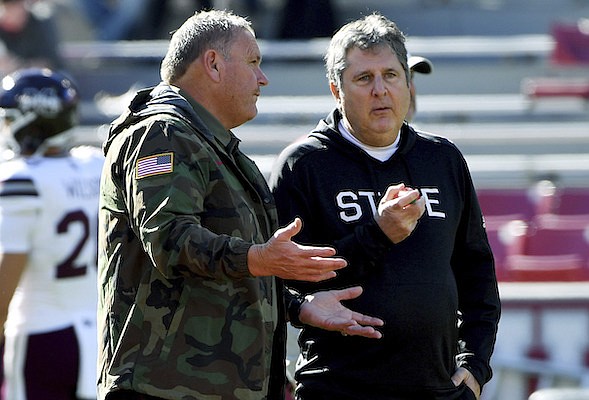 FAYETTEVILLE — Arkansas’ Oct. 8 game at Mississippi State will kick off at 11 a.m. on SEC Network, according to the league’s football schedule that was updated Monday.

It will be the Razorbacks’ second morning start this season. Arkansas defeated South Carolina 44-30 on Sept. 10 at home.

The Mississippi State game will be the Razorbacks’ first true road game of the season. Arkansas played its first three games at home, lost 23-21 to Texas A&M on a neutral field last weekend and is scheduled to host Alabama on Saturday.

The Razorbacks have won two consecutive games against the Bulldogs. Arkansas won 21-14 in Starkville, Miss., in 2020 to record its first win under coach Sam Pittman and break a 20-game SEC losing streak. The Razorbacks defeated the Bulldogs 31-28 last season.