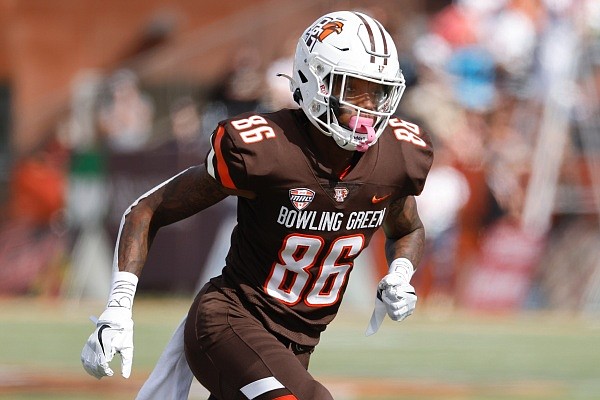 Arkansas receivers coach Kenny Guiton has landed the commitment of a third highly sought-after transfer receiver with the pledge of transfer Tyrone Broden.

He arrived in Fayetteville Friday morning for an official visit Arkansas and left Saturday afternoon.

He also has made official visits to Penn State and Oklahoma.  He had 32 receptions for 506 yards and 7 touchdowns as a junior. He finished with 36 catches for 596 yards and 5 touchdowns during the 2021 season.

Broden played in 5 games and had 6 catches for 97 yards as a redshirt freshman.

He played at West Bloomfield High School in Michigan prior to attending Bowling Green. Broden, who will report to Fayetteville this week for the spring semester, has two seasons of eligibility remaining.