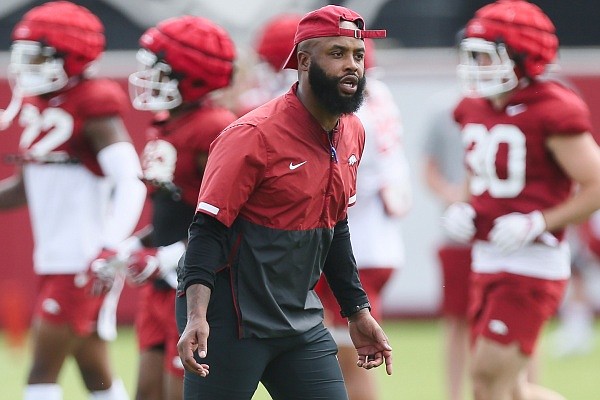 FAYETTEVILLE — Former Arkansas cornerbacks coach Dominique Bowman looks to have a landing place. Matt Zenitz of On3Sports and Bruce Feldman of The Athletic reported Tuesday night that Bowman is set to become the new corners coach at Temple.

Bowman worked one season at Arkansas for Sam Pittman and defensive coordinator Barry Odom. The Razorbacks have had a mass exodus of defensive backs to the transfer portal during and after the season.

Bowman, who met Odom in Memphis during his coaching days at Cordova (Tenn.) High School, had previously worked at Arkansas-Monticello (2016), Tennessee-Martin (2017-18), as co-defensive coordinator at Austin Peay (2019-20) and Tennessee-Martin (2020-21) and at Marshall before joining the Razorbacks.