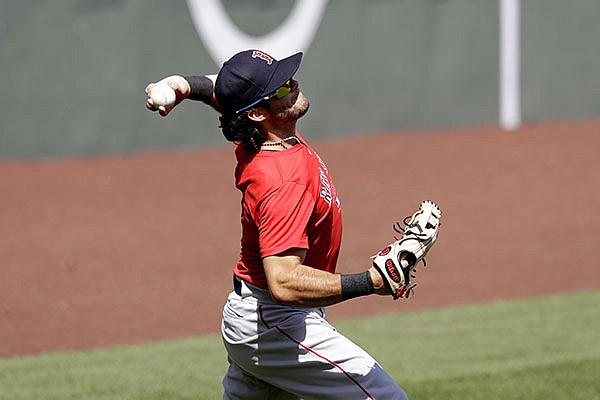 Colin Poche, a pitcher who began his career at Arkansas before transferring to Dallas Baptist, is on the Rays' injured list.

Organizations started summer training sessions July 1 with a 60-man roster, but had to cut that number in half for the start of the season, which begins with two games Thursday night.

Two weeks after opening day, rosters will be trimmed to 28 players, then to 26 players two weeks after that. Teams will be allowed to add a 27th player for doubleheaders, according to MLB.com.