Razorbacks remain at No. 9 in AP poll 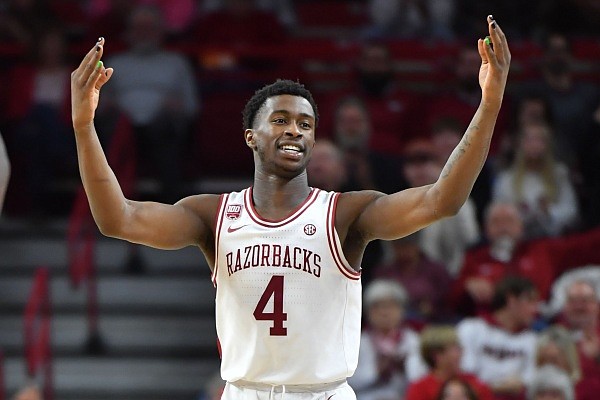 The Razorbacks, who are 3-0 entering three games at the Maui Invitational from Monday-Wednesday, remained at No. 9 in the poll that was released Monday morning.

Arkansas is inside the top 10 of the poll in back-to-back weeks in the regular season for the first time since late in the 1994-95 season.

More from WholeHogSports: How to watch Arkansas vs. Louisville | 5 things to watch from the Razorbacks at Maui Invitational

Arkansas is set to play Louisville in its opening game at the Maui Invitational today at 4 p.m. Central on ESPN2. The Cardinals are 0-3 this season with three one-point losses.

This is the Razorbacks’ first appearance in the event since Nov. 2013. Arkansas, then coached by Mike Anderson, went 1-2 with a win over Minnesota, and losses to California and Gonzaga.

The Razorbacks will play either Texas Tech or Creighton on Tuesday.